How about Students 4 Students? We are proud to present our Ramadan collaboration with Islamic Relief Nederland!

The goal of this initiative will be to raise money that will go towards helping orphans above the age of 18 continue their studies. 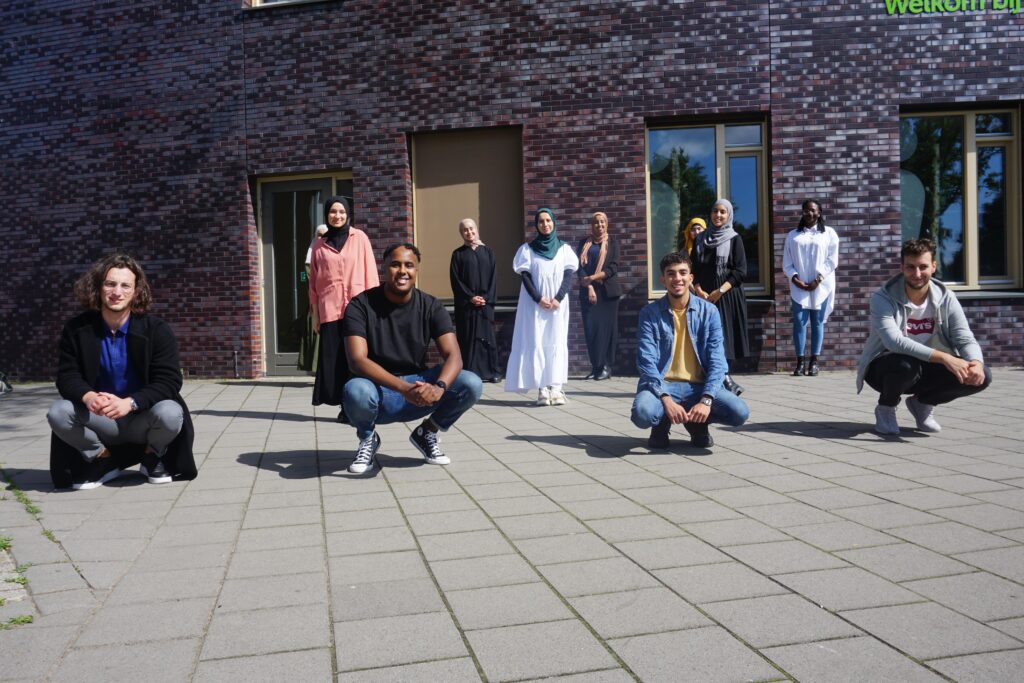 Why you might think? Well, often the guardians of said orphans do not have enough money to send all their children to higher education because this simply costs too much as they cannot bear the financial burden. Often they cannot make ends meet, even with the donation money many of the guardians receive. This has the effect that many orphans are forced to quit their studies early to support their families financially.

This is where we, in collaboration with Islamic Relief, would like to lend a helping hand. During this blessed month of Ramadan where the blessings received from giving charity are multiplied!

Let’s make a change together by donating! Let’s students for students!

Click the buttons to read Jumana’s and Husam’s success stories and how Islamic Relief was able to transform their lives.

Husam is a smart and ambitious young man, he is the youngest one in his family which consists of four members, his mother, sister, and brother. His elder sister is married and lives in another state, his elder brother works as a consul assistant at the Sudanese embassy in Saudi Arabia. Husam wakes up early to complete his prayer, drinks his tea and leaves to work in the stockyards, he lives at the company accommodation. He works as a “feeding supervisor” at the farm.

Husam, born in 27/9/1996, grew up in an average conditioned house, it had access to both electricity and water supplies, his father passed away when he was 8 years old, he used to work privately as an electrician. When he passed away, he left the family without steady income. He did not receive any after-service benefit or have any savings. This affected their economic situation, his elder sister at the time was studying at secondary School, his brother was in his final year of primary school which lead to secondary school, Husam was in class two, they were extremely young and in need of their father’s care.

The life of this family was not easy they suffered from a lot of complications, first his mother was a housewife without steady income which led to her having to sell half of their house to be able to cover her children needs (food, education, health etc.). She used to work day and night as a tailor. She used to sew local dresses and sell them at the local market, but they were priced low to cover all the family expenses. At that time Husam was also suffering from chest allergies and the doctor suspected a heart problem.

Sponsorship intervention improved the situation of the family, and supported them with different issues, also his mother started working at the kindergarten.

Years later, Husam and his brother have obtained excellent degrees in school making their mother extremely proud. Also, to forget the life suffering, when Husam attended secondary school, he made sure to get excellent grades so that could sit for the Sudanese state exam. After passing he get approval to enrol at Khartoum University, Faculty of Animal Production. Husam graduated with honour in Animal production. After graduating the first thing he did was visit the IRW office to thank them for sponsoring him and for their kind support. He believes that the sponsorship can change another child’s life as much as it changed his.

Now the life of the family has become better after Husam and his brother got excellent jobs. Husam trained inhouse at his company and they accepted him as new employee. He has risen through three positions within the farm he works at.

Now he is working as a feeding supervisor at one of the largest food company in Khartoum. They moved to new house. IRW sponsorship has empowered the family and help Husam in education and his mother with health care and medication.

Husam and his family are so thankful and appreciate the sponsor for their kind support. They ask Allah to give health and happiness to the sponsor and ask that he rewards them Janat Elkhuld.

Jumana from Egypt
Succeed Against All Odds! 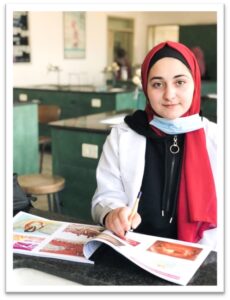 In 2014, when Jumana was 11 years old, in the seventh grade, her father passed away!

Jumana's father was a labourer selling detergents. Jumana was an excellent student. “after losing my father, fears and thinking take hold of me about my coming life and how to achieve my goal of becoming a doctor one day!?

Jumana decided to make her perfection a pride for her family members and in memory of her father's soul. She began, studied hard and did her best to fulfil what her dead father wished! Ah well, look at that surprise! Jumana earned 94.7% grades in the high school year of 2019.

The family rejoiced at Jumana's success in high school. "After I got my results, the first person I remembered was my dear father and added “I was proud when I heard my father’s name from my family, relatives and friends. This is the daughter of Muhammad, may Allah bless his soul.

Jumana was able to obtain a 90% partial scholarship from a welfare charity to study dentistry at Al-Azhar University.

Jumana started her studies despite the family's hard economic conditions as they are a large family; Jumana dwells with her mother, five sisters and four brothers where the family does not have a source of income except support of the Ministry of Social Affairs and some sponsorships that help the family to provide their sufficient foodstuffs & other necessities for Jumana and her siblings! But these difficulties did not stop Jumana’s ambition!

Jumana quoted Ayah from the Holy Qur’an which means: And whosoever has Taqwa of Allah, He will make a way for him to get out. And He will provide him from where he never could imagine.

Finally, Jumana thanks her kind thoughtful sponsor and prays to Allah to make this deed in his/her balance Insha’Allah. Juman’s mother concluded “When Jumana was young, she aspired to become a doctor, and I pray to Allah to enable me to complete her education. All of us proud of her so that we go on to achieve her dream and that of her father, may Allah have mercy on his soul.